Firstly, I would like to thank the Bristol Brunel Lions for allowing me to attend the club and the district 105D convention.  It was an eye opening experience as to how the Lions club functions and the way in which some members feel the club needs to evolve in the future. Below are a collection of my thoughts on the significant topics raised at the convention; the expansion of membership through a younger generation and the benefits of utilising social media to publicise the club.

A branch club would be established as a separate entity to the parent club.  The branch would not meet regularly with the main club yet is still there to lend a helping hand when needed. Only one or two delegates from the main club will be the connection between the two in order to offer support. I believe the more contentious issue is the structure of the finances between the parent and branch club. This is going to be discussed further with the President of the Fleet Lions Club to obtain a greater understanding of how the two interact. From our brief conversation, the parent club gifted the branch £1000 in order to ‘invest’.  The young branch has full autonomy of this cash yet is supervised by a liaison from the parent club. I understand that some members would be reluctant to allow this independence for fears that the money will be misused yet with an appropriate safeguard in place I don’t believe this will be a problem. For example, the treasurer of the branch will need to run financial matters past the treasurer of the parent club prior to action being taken.  On the other hand, as a young professional I would want to be provided with a level of responsibility which will only come around if members of the parent club can trust those of the branch.  I imagine others would want to feel they are part of a growing organisation that they can be instrumental in expanding rather than a club where they are considered as juniors needing constant supervision.  Like the Sirius club, I envision the branch club meeting in free locations such as pubs.  As young professionals, who do not work set hours, it may be difficult to have a fixed meeting venue and time.  As such, meeting in pubs provides flexibility for the members who will then be more likely to be committed. The branch club needs to feel more like a social experience.  I appreciate that the Lions club is based on protocol and this would not be changed; it is the format of meetings that would be altered.  Meetings would still follow the traditional layout (going over the minutes etc.) yet in a more social and lively setting. Younger people like to socialise with others of their own age range.  I believe drumming up interest amongst younger people will be easier once a branch has been established.  Once the hard work has been done, the rest should fall into place.  The club will then be able to sustain itself for years to come.

Use of Social Media The updating of the website is a step in the right direction however the changing way in which people communicate on a global scale means that this is not enough.  The club needs to adapt with the world or risk being left behind.  Traditional means of advertising the club such as flyers can still be effective however require significant man power and costs in order to produce and distribute. The use of social media is cost free, takes very little time to implement and allows the club to communicate with a wide audience in real time. Individuals are inherently lazy and therefore need information put in front of them in order to capture their attention and make them react.  For example, the blog on the new website is a great idea to record the events that Lions are undertaking.  However, this information is presented in a format which requires a user to actively search for the website.  For this to take place the user has to already be aware of the Lions club. On the contrary, posting information about an event on Facebook which can then be shared by others, forces this material in front of Facebook users.  This may in turn intrigue readers to learn more about the club and go to the website seeking more information.  The posts provide enough necessary information; they should not be more than a paragraph as this will bore the reader.  A Facebook page would need to be maintained by a minimum of two users in order to control the content being published.  Facebook is generally used as a forum to have your opinions heard by the masses yet a Lions club page would not be used in this manner.  As described above, it is simply an effective way of making large numbers of people simultaneously aware of the good works being undertaken by the club. Many businesses effectively use this as a tool to market themselves for free.  It also allows the club to interact with the public in almost real time.  For instance, an individual who wishes to learn more about the club with the view of joining can comment on the page requesting further information.  This breaks down the current process of only friends of members being invited along to meetings.  New, fresh faces that have never had a relationship with the Lions club before can be brought into the fold.  From personal experience, I only knew of the Lions club as a family member has been a long standing club member.  Without this, I would have had no exposure to the club and its works.  This would have potentially made me resist attending a meeting in the first place. Essentially, the idea of social media is to bring people together in a global meeting place. I personally believe that making use of this facility will allow the Lions club to connect with a younger audience. Similarly, a Twitter page will allow the club to interact with supporters on a real time basis.  For example, during an event, information regarding its progress can be distributed to a large audience.  Readers may then feel that they would like to come along and participate. Twitter is fast becoming a leading online community as well as a powerful social marketing tool. The service is streamlined, simple, and straightforward allowing for an online ‘conversation’ with other users. Engaging in this manner with the community keeps the club fresh and interesting. Additionally, with the use of such third-party services, you can set your tweets to update automatically without having to log in on a regular basis. This allows you to keep an active Twitter presence with very little effort. Again, this would need to be maintained by a select few individuals who are responsible for the upkeep of the feed. Social media can also be used as a medium for raising funds.  Justgiving.com allows individuals to support the Lions club whenever and wherever, by donating securely online via the clubs own JustGiving or Facebook page, or by text message.  The Lions club JustGiving page can we set up with photos, videos and text allowing the club to tell its own story.  Traditional fund raising activities would still be an integral part of the club.  The online presence does however allow those who participate in activities to donate further if they wish. Tutorials for the implementation of these services are all available on the respective websites.  I understand that some may have objections to moving the Lions Club into the technological age.  Yet, technology is constantly becoming more sophisticated by the year and is showing no signs of slowing down.  Drawing on a comment made in the ‘Social Networking’ seminar I attended; there are more devices connected to the internet than there are people on the Earth.  Denying the use of the internet on a wider scale in order to promote the club is in my mind, a wasted opportunity. Subsequent to the seminars, I see no reason why these points cannot be achieved in Bristol and I am excited to get involved.   They do of course rely on the support and commitment of members to make this happen. 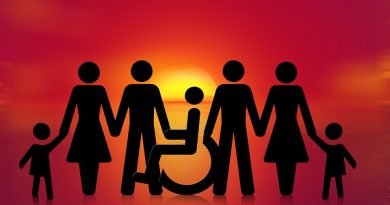