The challenge was to break the world record for the longest line of joined up spectacles. 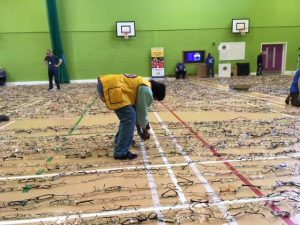 Our attempt was laid out by Bristol Brunel Lions Club along with other Lions from the District 105W in Port Talbot on 21st April 2018.  The Lions’ line was verified to have 21,000 pairs of glasses, measuring 2,461 m (8,074 ft 1 in), therefore smashing the previous record*.  Huge thanks and a big well done to all involved! 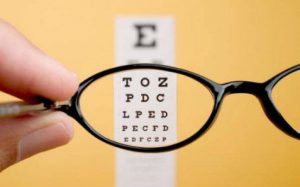 The purpose of attempting to break this world record was to raise awareness of the importance of sight, whilst collecting and donating glasses to be used by people in need across the world.  The impact of poor eyesight can be dramatic, significant and devastating affecting not only an individual’s quality of life, health and well-being, but also their productivity and livelihood.  As a result of this record attempt an amazing 36,000 pairs of glasses were collected and can now be used to enhance the sight of 36,000 people, impacting not only on those individuals but also their families and their wider communities.

Bristol Brunel Lions club provided over 2700 pairs of the glasses. Over the years our club has itself sent over 20,000 pairs abroad and we will continue to do so in future.

Great to Help a Wonderful Organisation at Christmas