Lion Secretary John writes – Lions has now become an established organisation in the UK.  But it wasn’t always so.  It was in the early 50s and through into the 60s that Lions grew with new clubs being formed in communities big and small.  The growth of Lions in the UK took time and an example of this is that it wasn’t until 1963 that the first club was formed in Wales.  There are now many hundreds of clubs but it wasn’t until 1964 that the 100th club was formed.

All this is was a long time ago; a past generation you could say.  We have just lost a Lion of that generation.  But Rod Menhennet was no ordinary Lion.  He joined Lions in 1961 and helped form the City of Bristol Lions Club of which he was President twice.  We know he was passionate about Lions and that he was instrumental in the formation of Lions Clubs in and around the South West. If records had survived we could tell you accurately which clubs were formed with his help and commitment.  We understand – and please correct us if we are wrong – that he helped form clubs in Cheltenham, Portsmouth, Exeter and Weston-Super-Mare.  And there were many others.

Lion Rod was a Lion for over 52 years and following his retirement he joined us at Bristol Brunel.  He never lost his enthusiasm for the work of Lions.  He was responsible for building our first carol float and even ended up donating his pick-up truck that was used for the float to the club.  A more dedicated and passionate Lion I have yet to meet.  Lions owe a great deal to Lion Rod and his wife, Nora.  Thank you. 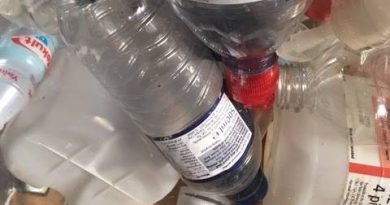